Album Of The Year 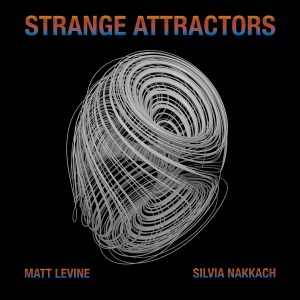 The Crystal Bowls and The Voice

The Strange Attractor concept comes from chaos theory in modern science. In this album the concept of strange attractors is explored in both its poetic and literal dimensions. The strange attraction between the VOICE weaving its melodic unfolding over the infinite harmonies of CRYSTAL BOWLS is felt intensely as the two meet and separate in the process of becoming. We entice you to absorb their emotional tones, shaping higher levels of musicality, contemplation, and the eternal quality of quantum listening.
Each composition on the album explores various forms of the attraction – from choruses of droning voices and crystal bowls to evocative soundscapes, chants, and melodious narratives inspired by the emotional life of Indian ragas. We invite you to become a strange attractor while listening to the voice and musical instruments as they unleash the compositional potential of the crystal bowls.
May the music of this album activate peace in the current climate of social chaos and divisiveness and move us toward a new humanitarian order permeated by the unity of love.

Click on a track below to listen on Soundcloud

Lyrics for Attractors (The Prayer and The Quest)

Saraswati namas-tubhyam varade kāmarupinī. Vidyā-rambham karishyāmi siddhir-bhavantu me sadā (I bow to Thee Saraswati, O giver of boons, Thou of the most desirable form. I am about to begin my studies; may I always be blessed with success).

The merging of crystal bowls and voice is entering a new resonance through the subtle voice harmonics created by Silvia Nakkach and the unique ability of Matt Levine to capture the sonic facets of crystals. Through immersive listening one enters into multi-dimensional neural networks within which the listener passes through gateways into new, beautiful, and strange realities of resonant crystal healing intelligences.

I have been a huge fan of Silvia Nakkach and Matt Levine, I really enjoyed listening to Strange Attractors and I think the production is amazing.

As I listened to ‘Strange Attractors’ I felt the musical vibrations were activating not only my ears, brain, and the cells in my body, but something more primal, permanent, and soul-connected. This is an album that I am excited to live with, mediate with, dream with, as I sense that there is power for enlightenment in the strange attraction between the evocative sound of Matt Levine’s mystical singing bowls and Silvia Nakkach’s ethereal vocals inspired by the Indian Ragas for which she is an expert in her field. Highly recommended.

Strange Attractors is a thoughtful, meditative production with a rich tapestry of vocals, instruments, and percussion. I thoroughly enjoyed listening to these soundscapes, which took me to another world.

Strange Attractors is a uniquely beautiful album that travels beyond time and space. A captivating artful journey of divine voice and masterful sonics.

This album is pure magic! Thank you Silvia and Matt for creating something so profound and so beautiful that helps me travel back to where I truly belong.

Strange Attractors is just what I needed after a hustle and bustle day of travel. Clearly, Silvia Nakkach and Matt Levine have achieved a “cosmic darshan”. The combination of crystal bowls and Silvia’s vocals enveloped me in a sense of calm, warmth and connection. Highly recommended as part of your daily mindfulness practice.”

Divine inspiration, Nectar to my Soul, Brilliance to my mind.
A gift of sublime interpretation of beauty.

This gorgeous music rings long after the music stops. To Polaris and beyond…Alchemical magic!

STORY of the ALBUM 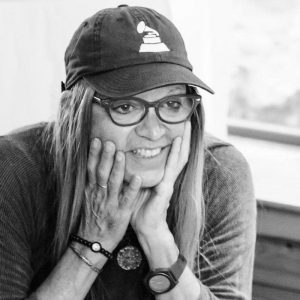 For many years, I have been intrigued by sound practitioners who are mesmerized by singing bowls, and I have wondered why they have become so popular in wellness settings. I was curious to understand the core of this strange attraction with the crystal bowls and their player’s aspiration to sing along with them. I listened to Matt Levine’s crystal bowl compositions, and around that same time, I was given an alchemy crystal Kryon bowl to play with. Both of those sounds made me feel as if I’d been wrapped in silk velvet. Whenever I heard Matt’s polyphonic approach, my mood shifted to the sensation of floating in infinite space. As Indian philosophy scholar and poet Debashish Banerji poeticizes:

“Since space is time in the becoming, the space of time for consciousness to expand into bringing the human into proximity with superhuman and/or questioning the boundaries of the human”

This may explain why so many are attracted to the sound of the crystal bowls.
Following those revelations, I spent the past two years exploring and deeply listening to the bowl’s harmonic drones in my Indian raga singing practice. The ragas are melodies born of the essence of Indian classical music, the voice being the most esteemed instrument for expressing their microtonal movement. A raga is said to color the mind with aesthetic emotions and a sensitive liveliness rooted in poetry.

The idea and dynamics of Strange Attractors revealed itself as a metaphor for the harmonic radiance of the bowls, calling forth the voice’s chromatic melodicism (which is also the quality of the ragas as melodic narration). In this album, the crystal tones of the bowls invite the voice and other instruments to embark on a journey without a fixed destination. They listen to each other, meet and draw circles in a geometry of sounds as they create a delicate interplay of organization and fantasy. 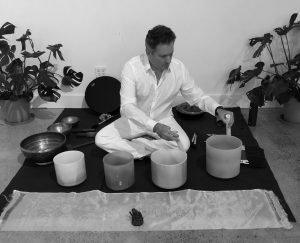 It was an honor and privilege to work with Silvia Nakkach. She inspired me to listen more deeply into my instruments and allow the instruments’ stories to reveal themselves. This creative inquiry became a portal through which we discovered an entirely new universe of sounds, ragas, and enchanting resonance. For Silvia to find the ragas within these tonal worlds was a thrill beyond words. The result is a deeply connected exploration of the forces that draw all of us together. It is my deepest wish that this music inspires peace and connectedness for all who listen.